by Phaedra Kennedy June 15, 2012
Inspired by SUAR's post the other day, I'm a bit late to the party but at least I'm playing along.  She has a great point, it's great to see what other folks are into when it comes to training & nutrition. Who knows what you may discover?  It's also a nice little reminder to focus on the little things that make you happy.

1.  Rush's new album Clockwork Angels.  It's been 5 years since their last album so I can't get enough right now.  This record has me rockin' out all day at work (it's been on repeat since I downloaded on Tuesday when it came out).  A couple of choice songs have made it on to my running playlist already.  I have to resist the urge to air drum when I run just in case people think I'm having a seizure.  Call me a prog rock nerd, a Unicorn or a Geddycorn, I don't care.  These guys are amazing.  The Rock and Roll Hall of Fame will come calling soon. 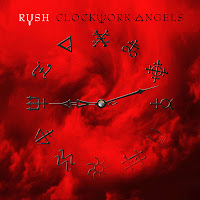 2.  Chick pea flour.  Also known as Besan or Garbanzo Bean flour.  I had a love affair with this flour last year, as a result of this amazing recipe for spinach and feta pie.  I now use it to make pizza crust.  It's not terribly low carb but it's fairly high in protein and fiber and it's mighty tasty. Since it is very high in fiber there is a good chance it could make you rather ummm..."fragrant" a few hours later (it is made from beans d'uh!).   It's a good option for anyone who is gluten intolerant as well. 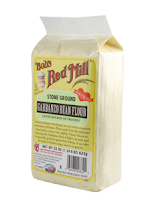 3.  Dymatize ISO 100 - Hydrolized Whey Protein.  I'm good with either chocolate or vanilla.  Why do I like this stuff?  1) It tastes great alone or in smoothies.  2) Because it's hydrolized, there is very little if any lactose in it which means I'm not going to fart like demon after ingesting it.  And 3) there's only 106 calories in a scoop.  Win-win for my nose and my figure! 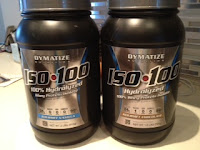 4.  My Zoot Sports running skirt.  Nothing like a flirty little lycra skirt to make you feel like like a Running Goddess with the best gams ever.  It's not too short and the shorts underneath stay put. There's no camel toe or hungry bum issues either.  And, it's got a handy little zippered pocket at the back that is big enough to store a couple of gels if need be.   This particular version came in a variety of bright colours but boring old me opted for black. 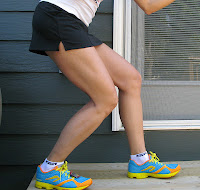 5.  Foam Roller.  Sure these may be old news in the running world but they are the best invention ever.  Whoever came up with this idea is a genius.  I have to say, I have a bit of a love-hate relationship with it.  It hurts like hell but feels soooo good at the same time.  It leaves me very conflicted.  I want to hate it but I can't.  I wish I didn't need it but I can't help myself. 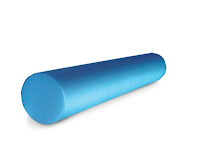 An honorable mention goes to my compressport calf sleeves.  Given that I'm not racing or doing any long distance stuff right now, these bad boys have been given a bit of a hiatus.  Come July I'll be busting them back out as the mileage starts to creep up.  And, since it is summer,  I might even get myself a pair in white. 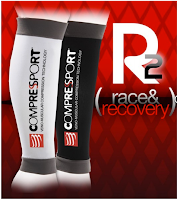 What 5 things are you loving right now?