Friday Five: 5 Reasons why Tremblant 70.3 is going to ROCK!

by Phaedra Kennedy June 23, 2017
It’s the Friday before race day and the vibe in the village is pretty freaking awesome.  It was last year as well, I just didn’t want any part of it.  This year I say BRING IT ON.  I’ve been thinking a lot about Sunday and regardless of how the day unfolds, it’s a win because I’ve made it to the start line.  That was all I wanted, everything else is just gravy.
Since it’s Friday and all I’ve been thinking about is race day, I figure it’s time for a little Friday Five.
FIVE REASONS WHY SUNDAY IS GOING TO BE AWESOME
1.     I made it to the start line in one relatively healthy piece.
2.     I get to race with my hubby and about 10 of my friends (can you say PAR-TAY??)
3.     I have the best bib number (360 – which is what I feel I’ve done over the last year, ha ha and the funny math I do with my bib numbers makes this a really lucky number for me)* 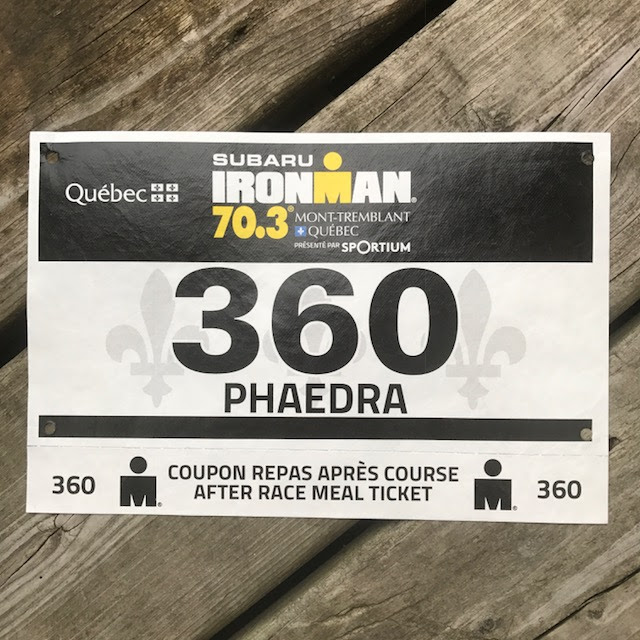 4.      The weather looks like it's going to be pretty much perfect (21 degrees celsius, cloudy with some sunny periods)
5.     There is poutine and beer at the finish line!
So yeah, I think Sunday is going to be an awesome day.   Now, about that bib number and the “math that I do”.  I don’t know when I started doing this or why, but whenever I get a bib number, I add the numbers up and reduce them to one single digit.   This particular bib number adds up to 9, which is awesome because 9 happens to be 3x3 and 3 is my lucky number.   I know, I know, I’m weird.  But there’s something about this that I find oddly comforting.
Anyway, time to go explore the race expo!  Happy Friday peeps!
Anyone else have a pre race ritual they'd like to share?