by Phaedra Kennedy March 04, 2014
I guess you could say that this past week was a kind of like a taper week.  Which for me is unusual leading up to a "C" race.  Normally I just keep my volume as is, race, and then perhaps adjust afterwards if necessary.  This is why I decided a coach was necessary this year.  This past week was a nice break and it left me with pretty fresh legs heading into Sunday's half.   This week I'm ramping up again but thankfully I've got a few easy days early in the week to recover from Sunday's effort.

I'm linking up with Krysten, Amanda & Erica, albeit a couple of days late, to share my #Bestfoot progress.  This is how last week went down...

Monday:  2450m swim
Tuesday:  8km run with 3km at tempo...once again on the dreadmill + weights. Worked late so I missed my P.M. bike ride
Wednesday:  1600m swim.  My Masters group was on a recovery week last week so this session was almost all drill work.
Thursday:  6.4km run + weights.  Was supposed to do 8km with 400m repeats but my knees and legs were sore from the Graston treatment I had the day before so coach said I could take it easy.  P.M.  45 minute easy spin on the bike. 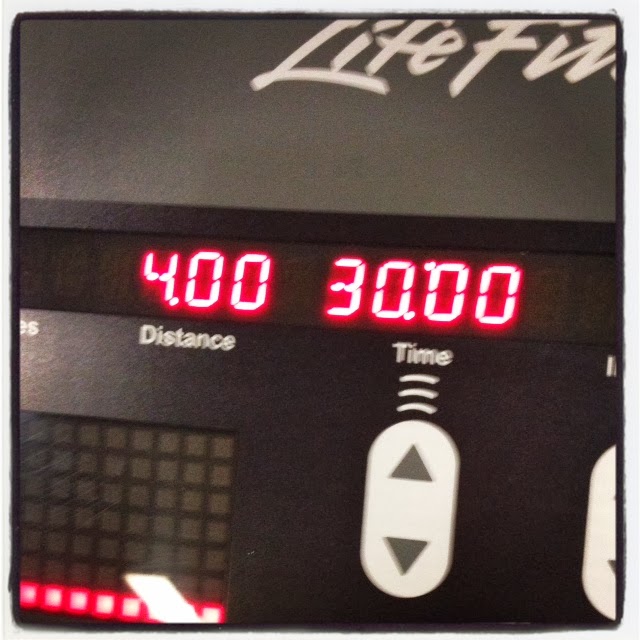 Friday: OFF
Saturday:  Was supposed do to a 30 minute swim + 30 minute ride but neither of those things happened.
Sunday:  Chilly Half marathon.  Scheduled mileage for the day was 26km.  Did a 3.5km warm up and thought about doing a 1.5km cool down after the race but that didn't happen.

Sunday's race was a cold, snowy sloppy mess but, I was really pleased with my effort and will be recapping that later on this week so stay tuned for that.

Total time: 6 hours on the nose, including strength training.  I highly doubt I will see another week like this until I start my taper for Boston, ha ha.

How was your week of training?