Sleeping in Would be Nice & A Weekly Recap

by Phaedra Kennedy August 25, 2014
Well here we are again.  Hello Monday.  Once again, you arrived much too quickly.  I think this two day weekend nonsense is BS.  We should have 3 day weekends.  I'm convinced the world would be a much happier place if it was on a 4 day work week, 3 day weekend.  It would at least give me a day to recover from my Saturday & Sunday, ha ha.  On the positive side, I've only got a 4 day work week this week due to the long weekend coming up.  YAY!  What I'm most looking forward to is SLEEPING IN.  I've been up early every day this week.  Although, truth be told, I got up on Monday to go swimming and was so tired, I went back to bed.   I got up early Saturday and yesterday.  Like 5:00 am early, which is just wrong on a weekend.  It's one thing if you're racing (which we were yesterday) but Saturday was a training day and for some reason G wanted to start early.  It was nice to be done my workout by 9:30 am but still....I think I prefer sleep.   We won't have too many more weekends like that since race season is winding down.

This was a lighter week of training for me.  Left to my own devices, I usually tend to back things off the week of a race.  During Mingsanity there was none of that, ha ha.  This is how last week looked.

Saturday:  50km ride.  Once again in cloudy crappy weather.   But at least it was fairly warm.

Total time:  8h 53 minutes.  I'm thinking between 7-10 hours of workouts a week will probably be where I keep things for the next little while.  That seems to be where my body is happiest without overloading it too much. 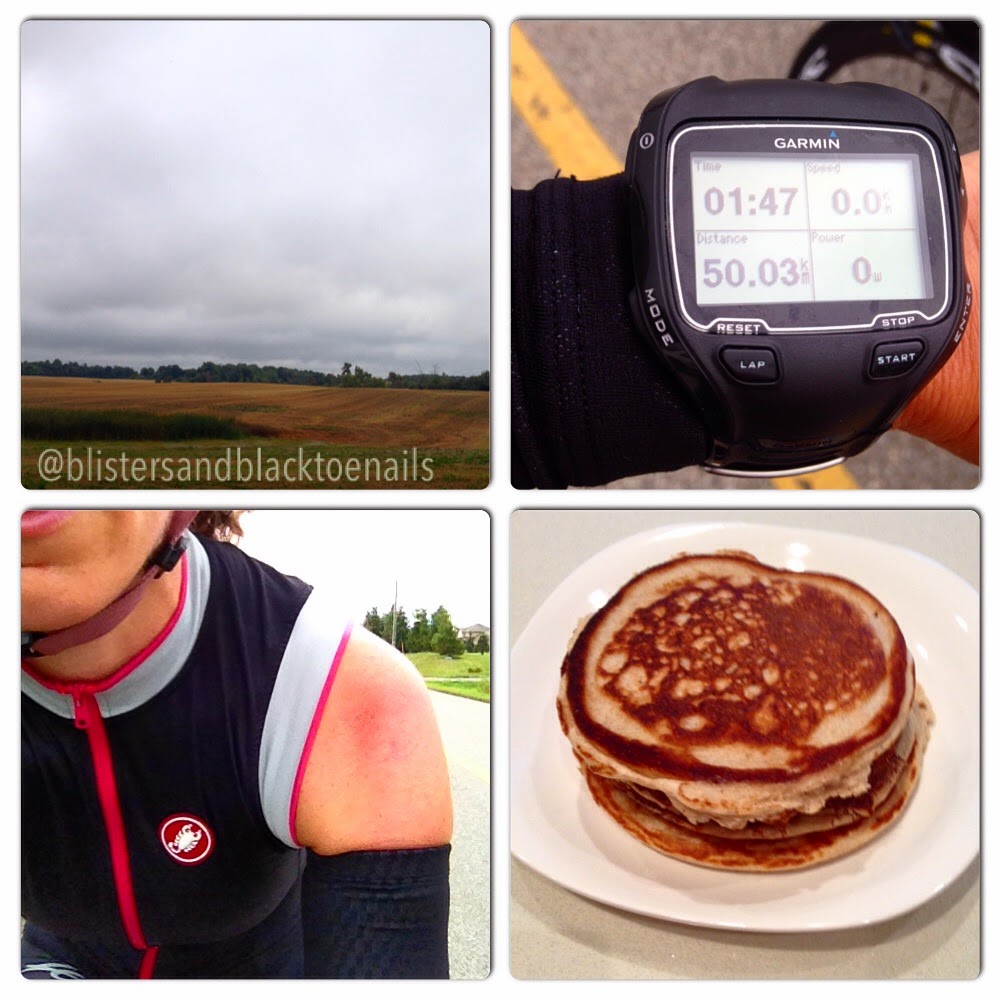 Anyone else race this weekend?