by Phaedra Kennedy July 18, 2019
I know it's only the middle of July and it's hard to wrap your head around the fact that winter is 6 months away.  But it will be here before we know it.  Which is why we wanted to get this out there now.    I also know that many of you have been waiting for dates and details on this so you can start planning your out your 2020 trips / season.
What am I talking about? For those of you that are...
Posted in Clermont, Clermont Camp, Florida, training camp, triathlon camp, winter training camp

Who Wants to Go to Camp? Florida Training Camp 2018

by Phaedra Kennedy October 04, 2017
Winter Training Camp with coaches Eric D’Arcy (Limitless Coaching) & Phaedra Kennedy (PK Performance Coaching) March 10th-18 in Clermont, Florida
Join us for a week of swimming, biking and running in the sun!
Clermontis Florida’s triathlon hub.  It is situated in Lake County, 40 minutes from Orlando.
Get in some early-season open water swimming in Lake Minneola and get the opportunity to train at...
Posted in Clermont, Great Clermont Triathlon, training camp

Monday Musings: Back on Home Soil

I'm coming to you from my favourite chair in our living room. Yup, we're back on home soil. I'm happy but sad at the same time. It's really nice to be back in our own house, sleeping in our own bed. And of course, the first thing I did as soon as we got in after grocery shopping, was fill up the tub with some lavender scented epsom salts and bubble bath. HEAVENLY. I'd like to say the drive...
Posted in Clermont, Florida, training, triathlon, Weekly recap

by Phaedra Kennedy March 29, 2017
As I mentioned in this postthe other week, I haven't raced an Olympic distance race in over 10 years. I really didn't know what to expect. And not having raced regularly last year, well, it felt like I was starting over. Thankfully because I felt like I was starting over, I was super diligent about packing my bag early the day before and triple checking it. What I did forget to do the day before...
Posted in Clermont, Great Clermont Triathlon, Olympic distance, race report, triathlon

by Phaedra Kennedy March 29, 2017
As I mentioned in this postthe other week, I haven't raced an Olympic distance race in over 10 years. I really didn't know what to expect. And not having raced regularly last year, well, it felt like I was starting over. Thankfully because I felt like I was starting over, I was super diligent about packing my bag early the day before and triple checking it. What I did forget to do the day before...
Posted in Clermont, Great Clermont Triathlon, Olympic distance, race report, triathlon

by Phaedra Kennedy March 20, 2017
Well that weekend went by in the blink of an eye! We are getting closer and closer to packing up and heading home. We have one last weekend here and then it's time to go. Boohoo. The house hunt will have to continue from afar. We've gone to see a lot of places since we've been here and there have been a couple that have been pretty good, but we're still not ready to bite the bullet simply because...
Posted in Clermont, Great Clermont Triathlon, racing, training, Weekly recap 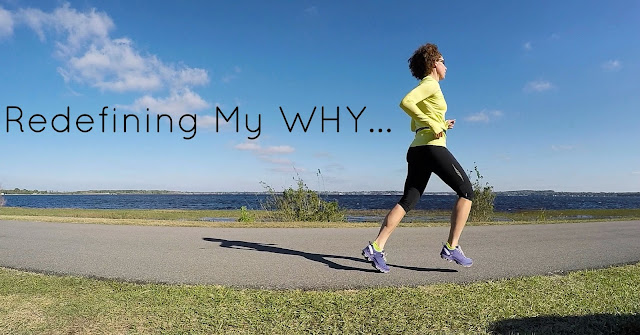 As my first triathlon of the season approaches, I've been thinking a lot about my goals for this race. Actually, I've been thinking about my goals and expectations for the SEASON. Normally by now my race calendar is full and I've got goals for each race. This year is different. I actually feel like I'm starting over in a sense because of my injury last year. Being sidelined really messed with my...
Posted in Clermont, motivation, racing, triathlon