Monday Musings: Back into the Hills

by Phaedra Kennedy May 29, 2017
This past weekend G and I went out to Muskoka to do Spin the Lakes, something that is becoming an annual tradition with our friends.  Last year,I was just getting back on my bike after about 3 weeks off due to my injury. I couldn't run but I could ride, so I was happy to be able to do something. I had signed up for Spin the Lakes well before I got injured and the original plan was to race it. That...
Posted in cycling, Mont Tremblant 70.3, racing, Spin the Lakes, swimming, training, Weekly recap

by Phaedra Kennedy March 03, 2015
It's the first Tuesday of the month, and in addition to it being Tri Talk Tuesday, it's also my birthday!  YAY!  I'm quickly getting closer to being firmly ensconced in my mid 40's.  I certainly don't feel like it most days and apparently I don't act or look like it either.   I'm totally ok with that, ha.

Anyway, on with the business of today's post. I'm linking up with my absolutely lovely fellow...
Posted in swimming, Tri Talk Tuesday link up

by Phaedra Kennedy January 30, 2015
TGIF Guys!  Only one more week till I'm outta here and sitting on a beach.  I'm telling you it can't come soon enough.  Southern Ontario is in a serious deep freeze right now and that means I'm not stepping foot outside to do any sort of workout.   It's times like this that I'm thankful I'm not training for a spring marathon, ha ha.

by Phaedra Kennedy November 24, 2014
Another week of workouts down.   A week that had ZERO running miles.  Nada.  Zilch.  After being an idiot last weekI figured I should just stop trying to do things my body wasn't ready to do yet. Lo and behold, I've had a week of pretty much pain free knees. Go figure. I did aggravate them a little bit with my hard bike ride on Saturday but the pain didn't last long. Maybe because I swam in a salt...
Posted in swimming, Weekly recap

by Phaedra Kennedy November 20, 2013
Lately, whenever I go on twitter, I always seem to find out that it's some kind of special day celebrating something or other.   Peculiar People Day (January 10th, in case you were wondering),  Do a Grouch a Favour Day (February 16th) National Goof-Off Day (March 22nd and yes, this has been marked in my calendar) and National Lost Sock Memorial Day (May 9th).  You can see the complete list here....
Posted in #chasing500000m, G.O.H.A.R.D, runner, swimming 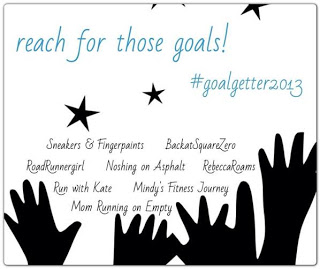 It seems like just yesterday I was writing my March update.  It's kinda scary how the time is flying by.  All in all, I'd have to say that April was a good month.  I nailed 2 more of my 2013 Resolutions / Goals.

I have a few things I want to work on for the month of May.

Nothing really except that I'll get a fancy swim cap and a pin from Masters Swimming Canada.  And I'm only 750,000m away from joining the Million Metres club.

Realistically I know I've swam a hell of a lot more than 250,000m since joining this Masters...
Posted in swimming, triathlon

by Phaedra Kennedy March 31, 2013
It just seems like yesterday that I wrote my February re-cap.  March was certainly a whirlwind of insanity.  I celebrated a birthday, ran a half marathon, worked 13 days straight (5 of which were in Miami, boohoo for me) and ran a 30km a couple of weeks later.  I set PB's in both races I did and I came veryclose to hitting goal #10 on my list of resolutions on my birthday (breaking 1:30 in a half...
Posted in #GoalGetters2013, Around The Bay, Boston Marathon, swimming, The Chilly Half Marathon