Use it or Lose It.

by Phaedra Kennedy June 14, 2012
I hate to break it to you folks but that old adage really does ring true in pretty much everything across the Board of Life.  Want to keep your grey matter sharp? Do the Sunday crossword. Want to stay strong as you age?  Keep lifting weights.  Want to be a rock star?  Keep practicing, kiss some ass and hope that you get a lucky break.
Whatever the case may be, you need to use it because if you don't there's a good chance you'll lose it.  For example, I graduated from University with a Bachelor of Fine Arts.  I could draw wonderful pictures worthy of framing, at least that's what my parents said.  Now, 15+ years later, I can't even draw a decent stick figure. Why?  Because I stopped drawing altogether when I got out of University.  I'm sure the talent is still there, I just need to find it again.  It's much like riding a bike.  You never really forget, it just takes a bit of regular practice to get the hang of it again.
I have to say, regular practice is something that I have sorely missed when it comes to speed work.  My lack of it was evidenced by my incredibly inconsistent effort at some mile repeats last Thursday.  I kept telling myself that perhaps it was because I was fighting something but let's be real, I've done very little speed work since the marathon.  I think I can count on one hand the number of times I've gone out and run intervals or done a tempo run.  Holy moly does it ever show.  My endurance is totally fine but I've lost some serious top end speed.  My repeats were as follows:

I can't complain about consistent sub 7 minute miles so I won't go down that road.  But the inconsistency between the 3 is huge.  That just tells me it's time to get back on track with my group runs.  Yes folks, the time for ass kicking is here and I'm going to start with my own. 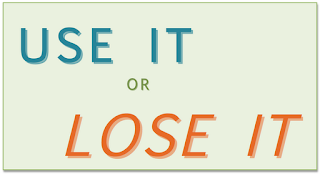